THE SARB DECIDES TO INCREASE THE RATES

The South African Monetary Policy Committee (MPC) was split in its decision to hike rates with a 3-2 split in favor of a rate hike. Ahead of the announcement, Governor Lesetja Kganayago described many factors that could easily lead to a more accommodating approach. Below is a summary of these points:

Prior to the SARB announcement, the rand depreciated compared to the US dollar as a more hawkish Federal Reserve (Fed) promotes further hikes. Today the Dollar Index (DXY) is trading lower, but the USD / ZAR is about 0.4% higher despite the markets expecting interest rates to rise.

The dynamic behind the rate announcement is complex as the SARB faces several opposing factors. 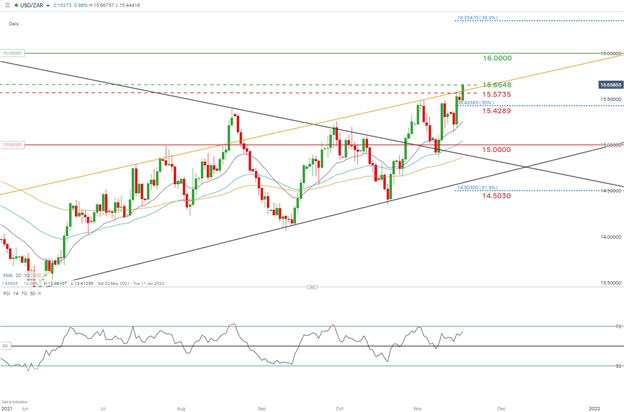 element inside element. This is probably not what you wanted to do! Load your application’s JavaScript bundle into the element instead.